Landsbankinn publishes varied content on economic and financial matters in the broadest sense. In 2016, Landsbankinn's new online magazine, Umræðan, was premiered, as well as the Sproti app for kids. Publication refers to and is part of the Bank's aim to be a dynamic presence in Iceland.

Landsbankinn launched a new and sophisticated online magazine in November of 2016. On Umræðan, the Bank publishes interesting articles on a variety of subjects, from trending topics in the financial world to op-eds on societal changes. The aim of the magazine is to stimulate discussion on change in the community. This refers to and is part of the Bank's aim to be a dynamic force in Icelandic society.

Articles published on Umræðan cover a wide range of topics and video interviews with experts and analysts accompany many of the articles. Many of the articles focus on developments in financial markets, such as changes in the use of cash by consumers and the different role bank branches have come to play. Other articles have deliberated on social issues not directly linked to the Bank's operations, such as the futures methodology, the finances of musicians and end-of-the-year bonfires in Iceland.

Umræðan has also drawn attention to security issues. One article described so-called CEO fraud and ways to avoid such scams. In recent years, phishing scams and other online attempts at fraud have increased considerably and Landsbankinn places great emphasis on warning its customers and others against such dangers. Further publications on security issues are scheduled to appear in the near future.

Umræðan includes recordings, slides and other material from conferences hosted by the Bank. Following Landsbankinn's presentation of Economic Research's macroeconomic forecast in Harpa in November, Þjóðhagur, the department's annual publication, was made available in its entirety on Umræðan. It is composed of 14 in-depth analytical articles on various aspects of the Icelandic and global economy. 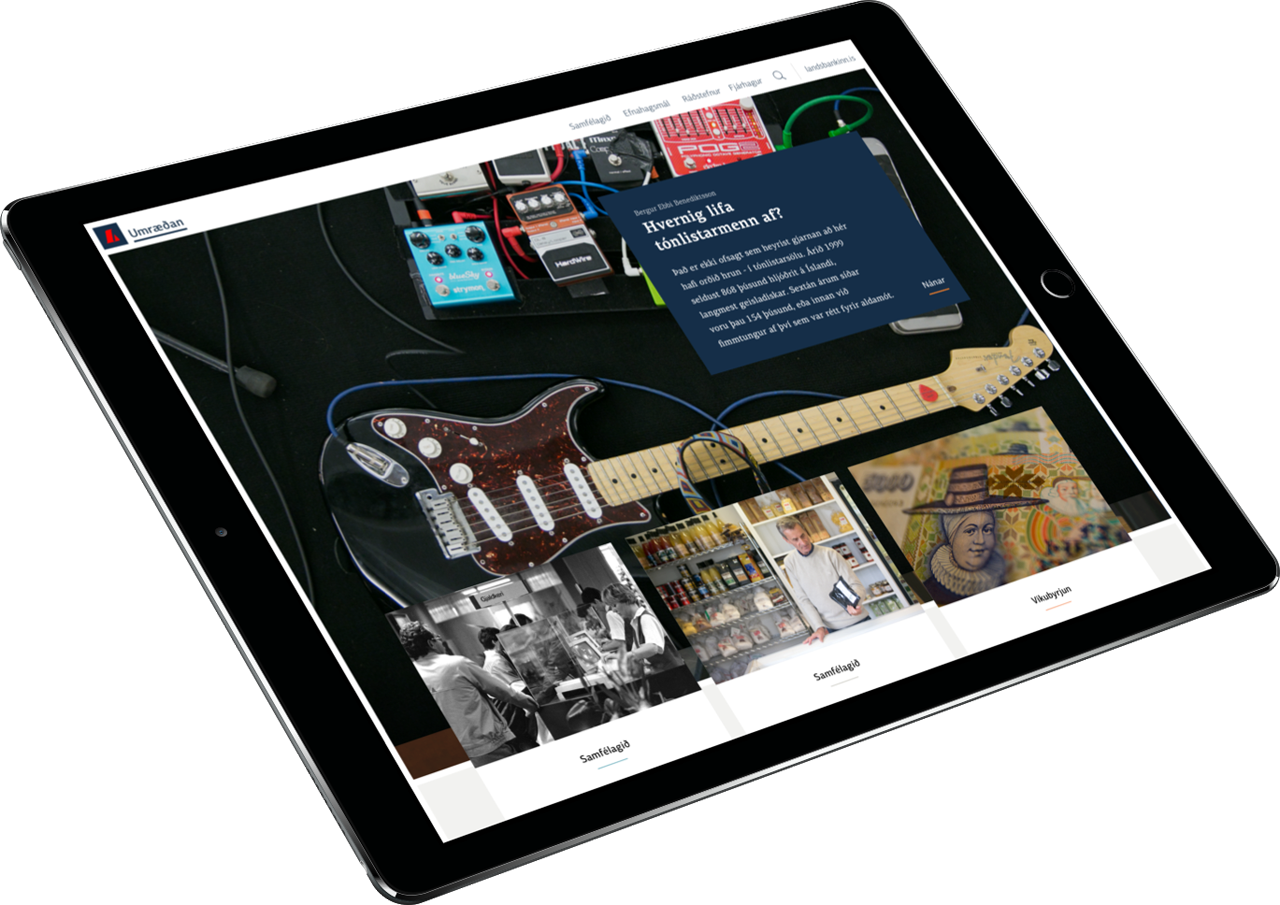 Programming of the Sproti app received recognition at the Icelandic Web Awards in 2016. The Sproti app was also nominated in the category best web app.

In 2016, Landsbankinn released a new and exciting app for kids. The aim was to create an all-Icelandic app to entertain and educate children. The Sproti app is a world of adventure, full of games, stories, music and opportunities to learn for kids of all ages. The Sproti app is entirely conceived and produced in Iceland. Kári Gunnarsson is the mind behind conception, design and illustration while Felix Bergsson authors stories and text and Aranja handled programming.

Programming of the Sproti app received recognition at the Icelandic Web Awards in 2016. The Sproti app was also nominated in the category best web app.

The app can be downloaded free of charge on Google Play and App Store and is available for both Apple and Android phones. The app was conceived of as electronic gift merchandise to introduce Sproti and his friends to kids aged 2-9 years old and their parents or guardians. 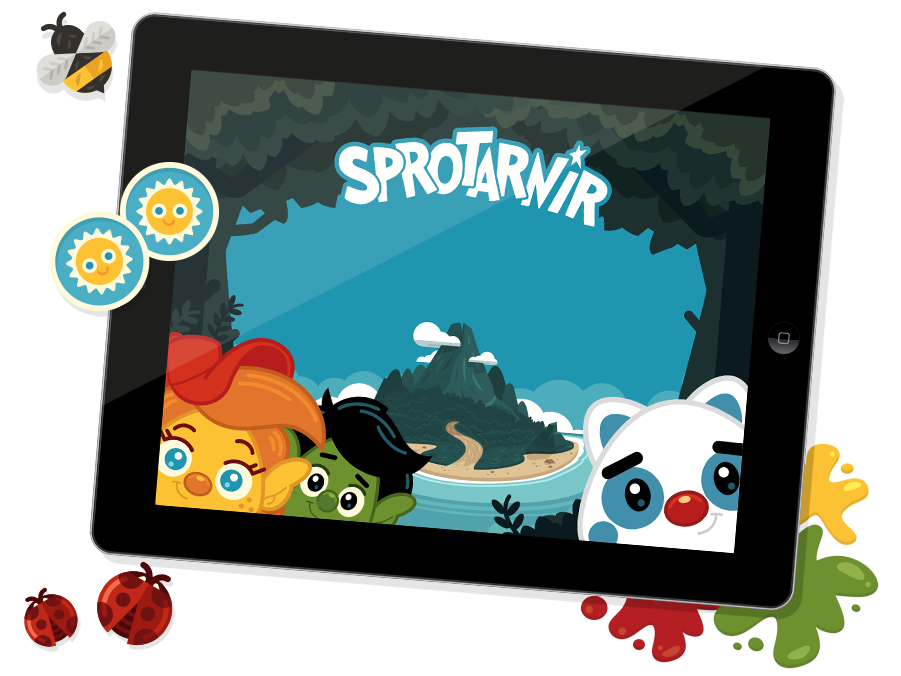 Landsbankinn Economic Research plays a key role in shaping Landsbankinn's stance on developments and outlook in the economy, both in Iceland and abroad. The department publishes macroeconomic and inflation forecasts, prepares sector analyses and handles other specialised tasks. Analysis and price valuations of listed companies are also compared by Economic Research. In 2016, Economic Research published a total of 379 analytical articles, including 212 analyses and forecasts focused on the economy and 166 analytical reviews related to listed companies. 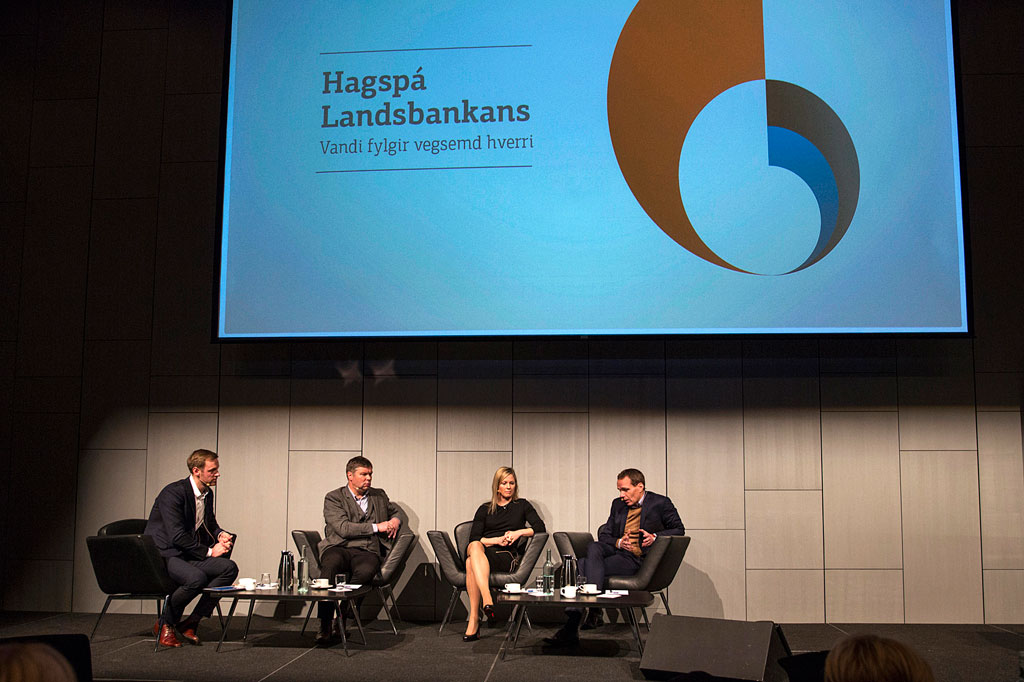 Every year, Landsbankinn hosts a number of varied conferences and meetings, in addition to publishing several special issues and analyses on the economy and industry. In 2016, the Bank organised four large conferences: on action to counteract climate change; on increased opportunities on overseas markets; on the status of construction in Iceland (joining forces with the Federation of Icelandic Industries); and, towards year-end, the Bank hosted its annual conference to review the 3-year economic forecast of Landsbankinn Economic Research. The conference also had a special panel on the impact of current economic developments on the securities market in the near term. A well-attended meeting on responsible investment and implementation of related guidelines was also held.

More than a thousand guests attended these conferences which have become a fixture and an important platform to caucus on many key issues. The section Conferences in Landsbankinn's online magazine Umræðan includes recordings, slides and other material from conferences hosted by the Bank. A great effort is made to make online publications and content as comprehensive as possible and accessible to all members of the public.

An additional 14 smaller meetings were held throughout the country, focusing on savings, investment opportunities in Iceland, asset management and foreign investment.

This online Annual Report is published subject to reservations regarding possible errors. Should typographical errors, discrepancies or other obvious inconsistencies be discovered, Landsbankinn reserves the right to correct these and to update the online Annual Report accordingly in each instance.